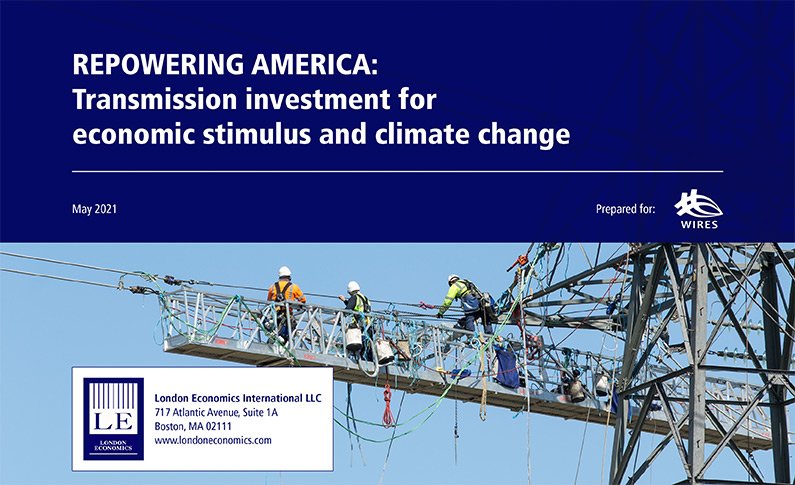 London Economics International LLC (LEI) conducted this in-depth analysis for WIRES to illustrate the economic benefit of transmission investment in terms of GDP and job creation as a means of stimulating the U.S. economy, and as a potential public policy tool to reduce carbon emissions.

The report identifies $83 billion in planned transmission projects around the country that have been ISO/RTO Board-approved and/or recommended to regulators. The study found that the construction phase of this infrastructure investment would add $42 billion to GDP, create approximately 442,000 well-paying jobs, and boost direct local spending by nearly $39 billion cumulatively. To put this in context, LEI finds that the $42 billion in GDP during the construction impact (including the installation and domestic manufacturing stages) could generate an increase of nearly 14% of utilities current value added GDP and more than double utilities’ current regional employment, based on 2019 levels.

The study also found that in the longer term over the transmission assets’ lifecycle, the operations and maintenance of the $83 billion in infrastructure projects would provide an annual GDP increase of $1.6 billion and create around 9,000 permanent jobs.

LEI also discusses the co-benefits of the transmission infrastructure projects that also impact GDP in the long term, including reduction in electricity prices, increasing renewable generation, and advancing decarbonization goals.

Read the press release about the report.