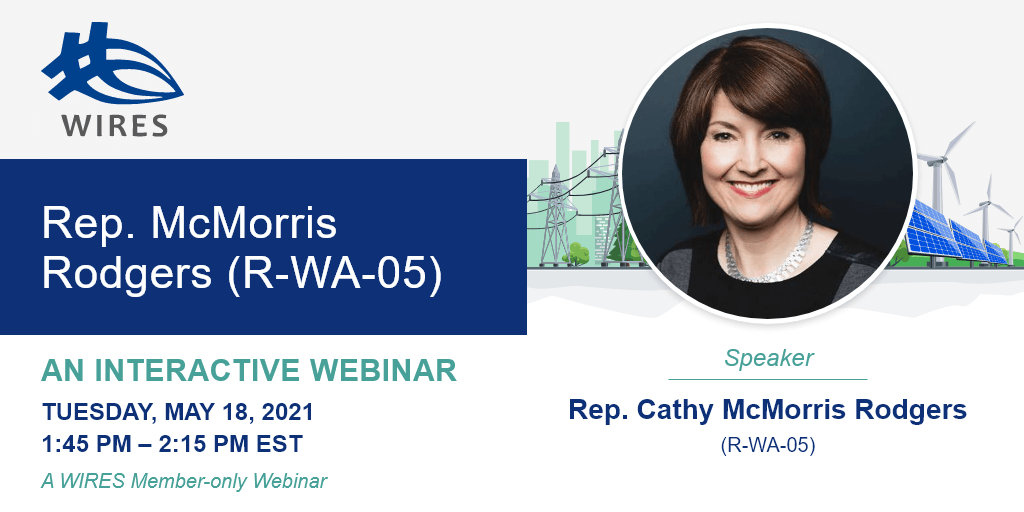 Join us for remarks from and Q&A with Rep. Cathy McMorris Rodgers, Ranking Member on the House Committee on Energy and Commerce. Rep. McMorris Rodgers is a noted advocate for hydropower, and has sponsored several items of legislation to help bring clean, reliable energy into the grid.

Rep. Cathy McMorris Rodgers represents the 5th district of Washington State in the U.S. House of Representatives, which encompasses the eastern portion of Washington state, and includes Spokane, the second largest city in Washington. Rep. McMorris Rodgers was elected to the House in 2004, and served as Chair of the House Republican Conference from 2012 to 2018, a position which made her the fourth highest-ranking Republican, and the highest ranking female Republican in the House of Representatives. Rep. McMorris Rodgers currently serves as the Ranking Member of the House Committee on Energy and Commerce. She is an advocate on veterans and military families issues, agriculture, hydropower, forestry, healthcare, disabilities, and federal spending issues.

This event is free of charge and open to WIRES member companies and their employees only.