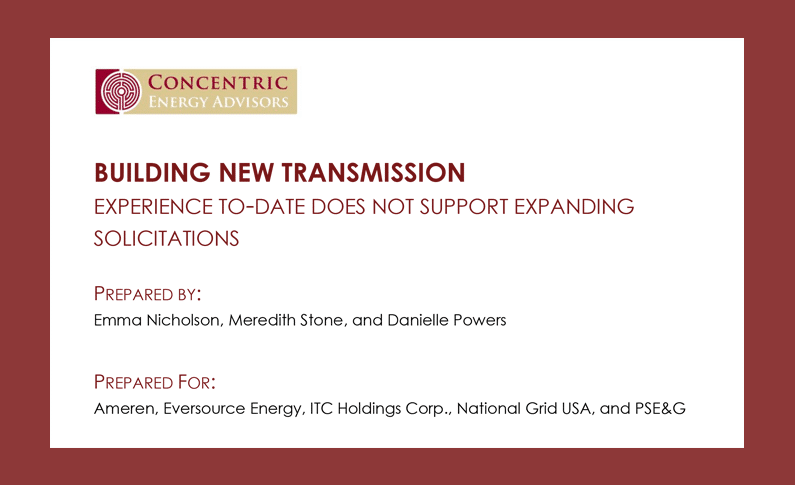 The value of electric transmission is significant and well documented. Transmission infrastructure provides customers with a reliable and resilient flow of power, integrates diverse and cost-effective energy resources, enables production cost savings, reduces amounts and costs of planning reserve margins, and increases competition among supply resources for the benefit of customers.1 Incumbent transmission owners (“TOs”) have made the majority of the transmission investments in the U.S. and, more recently, a number of transmission projects have been subject to competitive solicitation processes (“solicitations”) and awarded to non-incumbent transmission developers. Some argue that these solicitations should be expanded. Proponents of such an expansion, including the Brattle Group in an April 2019 Report (“Brattle Report” or “report”), assert that expanding the scope of such solicitations will yield significant cost savings.2

The savings that will result from significantly expanding solicitations for new transmission projects, as claimed in the Brattle Report, are based in part on the assumption that transmission projects developed by incumbent TOs, as opposed to those selected through a solicitation, will experience significant cost escalations with final project costs exceeding initial estimates by 18-70%.(sup>3 This assumption is false and inconsistent with the empirical evidence. Concentric found that incumbent TOs in independent system operators (“ISOs”) and regional transmission organizations (“RTOs”) that track project costs develop reasonable initial cost estimates, with final and/or updated project cost estimates falling between -2.9% and 7.0% of initial estimates.

The methodological approach underlying the Brattle Report’s recommendation that policymakers should expand solicitations also is fundamentally flawed. As such, there is no credible support for the claim that current transmission processes limit customer savings, or that expansion of competition will yield meaningful additional savings. The Brattle Report inappropriately compares different types of project cost estimates, fails to account for differences in scope between project cost estimates, and uses a limited and unrepresentative sample size of incumbent TO projects to produce its average historical cost escalation estimates, which are significantly overstated. Figure E1 below compares Concentric’s estimates to the Brattle Report.